About Us
Home About Us

Al-Furqaan Foundation was established in 2003 with the mission to deliver the message of the Quran to every individual in America in order to fulfill 5 rights the Quran has upon us as Muslims, which are: Believe It, Recite It, Understand It, Act Upon It & Convey It.

MashaAllah over the years, Al-Furqaan Foundation has launched several projects to fulfill this mission.
Organizational Scope

Our projects primarily serve the US but also expand into Canada, with future plans to take Furqaan Project, our Quran Distribution Project, to other English Speaking Countries like U.K, Australia, and India..

Al-Furqaan Foundation, recognized as an international dawah organization, works closely with many national interfaith organizations. While having continuous focus on self-development and outreach, we are our way as a leading grassroot organization in the American Muslim community.
Inspiration

Al-Furqaan Foundation derives its inspiration from many ahadith and Quranic ayats that reveal the importance of doing Dawah individually, collectively, and organizationally. It is indeed an obligation upon every Muslim, which is greatly rewarded.

“Invite (all) to the Way of thy Lord with wisdom and beautiful preaching; and argue with them in ways that are best and most gracious: for thy Lord knoweth best, who have strayed from His Path, and who receive guidance (Quran 16:125).”
Time to know them

The Answers to All Your Questions

Popular questions are answered below but if you would like to know anything specific please feel free to call us.

Why are you placing the Quran in hospital rooms?

When people are in a hospital, they are going through important transformations in life. It may be due to illness or some other reason; but at such a time of transformation people are open to very fundamental questions in life like death, God, truth, etc. The famous former singer Yusuf Islam, had a turning point when he was in the hospital. Again, it was being in the hospital and reading Qur’an that brought about this profound change. If your questions are still unanswered, please contact us.

Why are you placing the Qur’an in hotel rooms? Aren’t these places unclean and used for unclean things, especially in America?

There are a few advantages in doing this. First, when a person is traveling, he/she is more open to new experiences. Second, we need to make a mindset that shows the Qur’an is a holy book alongside other holy books like the Bible. This increases the chances for people to read the Qur’an. Third, it is a free outlet from a legal perspective; therefore why not use the Qur’an?

Why are you distributing the translation of the Qur’an and not just some pamphlets to explain Islam to the people? If they are interested, then they can then get a copy of the Qur’an.

The sunnah of Dawah is to do dawah through the Qur’an. Yes, we can make pamphlets with Qur’anic themes, but when we are doing mass distribution, then the whole of the Qur’an covers all the topics needed for any individual as the Qur’an mentions: make clear on the issues people differ and the Messenger! Deliver what has been revealed to you from your Lord; and if you do it not, then you have not delivered His message, and Allah will protect you from the people; surely Allah will not guide the unbelieving people. We are strongly of the opinion that it is our duty as Muslims to communicate the Message of the Qur’an to non-Muslims. This, we believe, is achieved by delivering the Qur’an in the language that people are able to understand. Also, there is no book or pamphlet on the planet that can address the various intellectual appetites of the readers. The Qur’an is able to address and answer the questions of people across many walks of life, from politicians to teachers to scientists; to the rich person to the poor person; to the young and the old; and the common man. Everyone can find their questions answered and at the level of their intelligence. We believe that no pamphlet can serve this purpose. However, we will supply pamphlets that will address questions that arise once a person has read the Qur’an. Really it is a question of what you lead with pamphlets or the Qur’an. The Qur’an being the only book on the planet that has not changed, and has the impact of bringing people to Islam from the time it was revealed, has a better chance of bringing people to tauheed than anything else.

Some scholars say that it is not permissible to distribute even the translation to non-Muslims. They say it is better to give material on Islam rather than the translation.

The sunnah of Dawah is to do dawah through the Qur’an. Yes, we can make pamphlets with Qur’anic themes, but when we are doing mass distribution, then the whole of the Qur’an covers all the topics needed for any individual as the Qur’an mentions: make clear on the issues people differ and the Messenger! Deliver what has been revealed to you from your Lord; and if you do it not, then you have not delivered His message, and Allah will protect you from the people; surely Allah will not guide the unbelieving people. The Qur’an is very clear that the message has to be given in the language of the people of a place. The Qur’an says, and We never sent a prophet except in the language of its people. We learn from this ayat that we have to give the message of Qur’an in the language that will make sense to them. Dawah is not just giving people information, rather it is making sure it reaches the heart, which the Qur’an calls “Balagh.” How do we reach the heart of the people other than in the language of the people. There are several popular people that have come to Islam by their personal readings of the Qur’an, such as Malcolm X, Jeffery Lang, Dr. Maurice Bucaille and Yusuf Islam just to name a few. As mentioned earlier, it is not possible to translate the Qur’an into another language. Rather you are only able to produce the meaning of what someone’s interpretation of a particular verse is, which is different from translation. Furqaan Project is distributing therefore the Translation of the Message of The Qur’an.

A minority group of scholars are of the opinion that the Qur’an translation cannot be published without the Arabic text. Their reasoning is based on the supposition that the Injil (Bible) and the Torah (Jewish Scriptures) were corrupted due to translations being made from translations without regard to the original text, so that over time the original message of the Bible and the Torah has changed beyond recognition. Our scholars disagree with this supposition and present the following arguments for the permissibility of publishing the Meaning of the Translation only.
First and foremost, the supposition that the bulk of the corruption contained in the Bible and Torah are due to translation and mis-translation etc. is incorrect. While a small degree may be attributed to mis-translation, the bulk of the corruption is due to the following reasons: Allah (SubhanaWaTaala) did not wish for these books to be preserved. The books were meant for a certain people for a certain time period. The corruption in the Bible appeared about 300 years after Jesus Christ, when the Council of Nicea (under the leadership of the Pagan Emperor Constantine) decided to use only the gospels we have today and physically destroyed all other manuscripts of other gospels. According to the book “What did Jesus Really Say,” hundreds of gospels, some of them that probably contained the truth as Allah had revealed to prophet Jesus were systematically destroyed. The gospels we have today that were adopted are still preserved in their corrupted form in Greek, with nothing to do with translation errors. The primary reason we have so many corruptions in the Bible today is because of this and not because of translations.
Allah SWT has said in the Qur’an that He will preserve the Qur’an. Unlike the other revealed books, Allah SWT has taken it upon Himself to preserve the Qur’an. Therefore, any thoughts of somehow the Qur’an changing because of translations is absurd due to this main reason, the promise of Allah SWT. Today, millions of people all over the world in every culture and race have memorized the entire Qur’an, which is a testament to the promise of Allah SWT that He will preserve the Qur’an. Even if all the manuscripts of the Qur’an on the planet were to be destroyed and only the translations left, the Qur’an cannot be changed even an iota or be destroyed.
To further guarantee the safeguarding of the Qur’an, Allah SWT has made the reading of the Qur’an mandatory in our prayers. In Fajr, Maghrib, and Isha it is recited loudly and anyone (even a child) can openly correct the Imam leading prayers if mistakes are made in the recitation. No matter which language the Qur’an is translated into, all these texts of the translations always make it clear to the reader that the original Qur’an is in Arabic and in Arabic alone and has been preserved in the form it was originally revealed. Also, any translation is really the interpretation of the meaning of what the Qur’an is saying based on the translator’s ability and understanding. Therefore, technically speaking, there is no direct translation of the Qur’an. To truly understand the Qur’an one must learn the Arabic language to fully comprehend it.
The non-Muslims to whom we are distributing these copies to, they cannot read the Arabic and it really serves no purpose. Including the Arabic for the purposes of our project may then end up violating other verses in the Qur’an that say “la yamassahu illal mutahharoon” (“none can touch its meanings but the pure people”).
Based on these reasons, Furqaan Project has decided to publish primarily the English translation, with other translations coming later. We will however publish a small quantity of Arabic and English (or other language) for those non-Muslims who specifically request it, or if Muslims want to have their children read this simple English translation. Also, bear in mind, that Furqaan Project is not the first in making an English-only translation. This has been done for the last 250 years, particularly in the last 60 years. 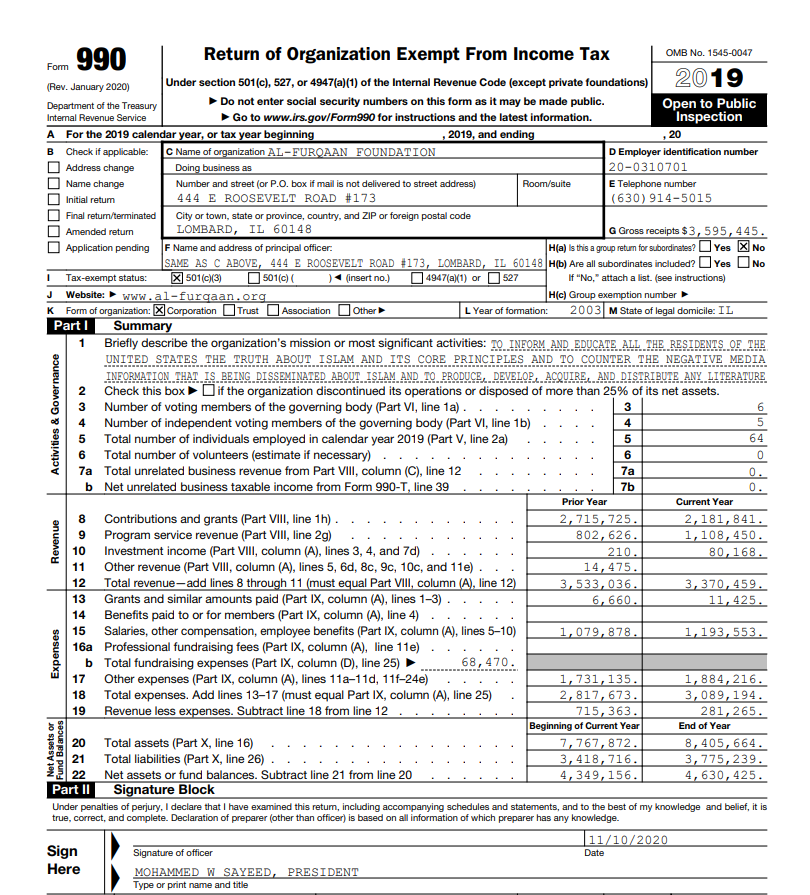 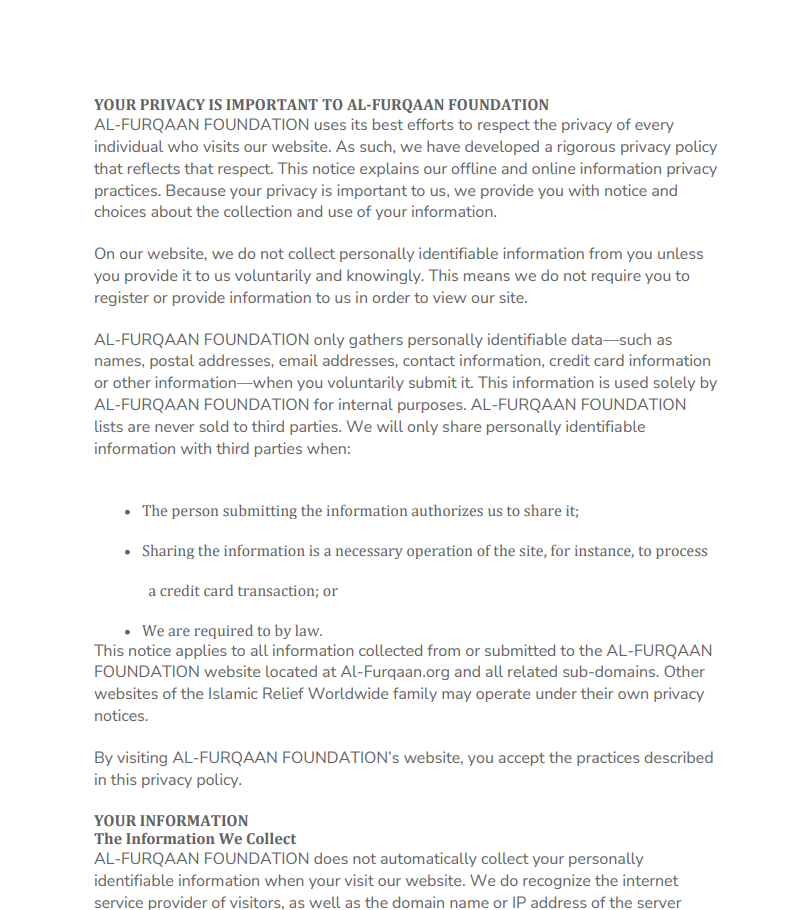 View more important documents such as our Auditor's Report, CEO Compensation Policy, Conflict of Interest Policy, and others. 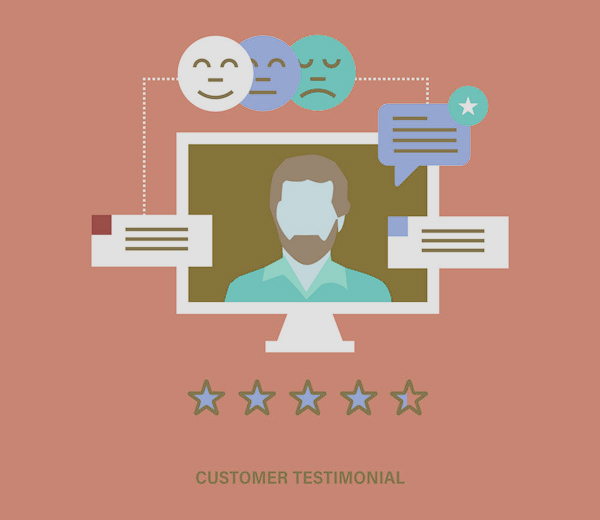 This Organization provides a beautiful translation of the Quran for Muslims and Non-Muslims alike.

The mission of Furqaan Project is to deliver a FREE copy of the English Translation of the Message of the Quran to every non-Muslim man, woman and child in America. For only $104 you can sponsor a whole box of 52 translations of The Quran. Be the reason for millions of Non-Muslims to read The Quran for free.

Recognized by Illinois State Board of Education and Accredited by COGNIA. Furqaan Academy’s vision is to raise good Muslim citizens who are strong in faith, well-grounded in the Qur’anic knowledge, and have a strong foundation in academics.